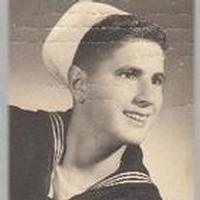 Leo H. Longshore, age 74, of Revere, MO, passed away Thursday, April 26, 2012 at the University of Missouri Hospital in Columbia, MO.

He was preceded in death by his parents; a daughter, Thersa; and brothers-in-law, John Skinner and Don Phillips.

Leo and his family moved to Keokuk in 1939 where he graduated from Keokuk High School. He attended Culver Stockton College in Canton and served in the U. S. Navy during the Korean Conflict.

He was a long-time employee of Shellor Globe, retiring in 1993. He worked 3 Â½ years as custodian at Indian Lake Park in Farmington and then was employed by the Clark Co. R-1 School District at Blackhawk Elementary as long as his health permitted. He and his wife, Patti, also owned and operated PALS crafts

Leo was a member of Peaksville Christian Church where he served as deacon and elder.

Leo was a talented musician, playing his guitar for many functions in the area and providing enjoyment at local nursing homes. He was also an avid woodworker and shared the benefit of that through his craft business and other venues. He loved his Lord, his family and his pets, Whizzer, Jackie and ChiChi who were like children to him.

To order memorial trees or send flowers to the family in memory of Leo Longshore, please visit our flower store.