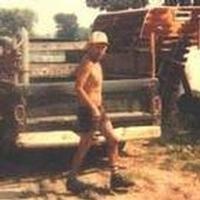 Lawrence was born December 10, 1933 near Luray, MO, a son of Charles Henry and Rhoda Phillips Heimer.

He was preceded in death by his parents and a brother, William Heimer.

Lawrence was a member of Cedar Grove Baptist Church south of Kahoka. He was self-employed in the salvage business. It was his life and he enjoyed hard work. He loved spending time with his grandchildren.

To order memorial trees or send flowers to the family in memory of Lawrence Heimer, please visit our flower store.