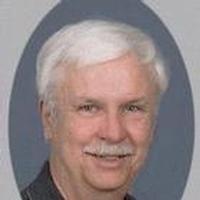 He was preceded in death by his parents and father-in-law, James Carlson.

Larry graduated with the class of 1966 from Kahoka High School. He then earned a degree from Northeast Missouri State University in 1970. Following graduation he entered the U.S. Air Force and following his military service became a Captain in the Reserves.

He spent his entire life serving the residents of Clark County, and in his spare time enjoyed carpentry and woodworking. He enjoyed suduko, puzzles on his computer, and was a huge Nascar and Missouri Tigers fan.

Funeral services were held Wednesday, March 14, 2012 at 10:30 a.m. at the First Baptist Church in Wayland with Rev. Dan Deatrick officiating. Burial with military rites and escort by Missouri Fire Fighters was in the Frazee Cemetery.

In lieu of flowers, memorials were suggested to the Wayland Fire Department or Clark Co. Rescue Squad.

To order memorial trees or send flowers to the family in memory of Larry Pullins, please visit our flower store.