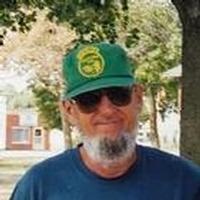 He was united in marriage to Vivian Linquist on November 6, 1960 at St. Paul United Church of Christ in Kahoka, MO.

Larry's military career was an integral part of his life and character. He was proud to serve his country, making sure the U.S. and Navy flags flew in his yard and were in good condition. He was part of a group of fellow navy retirees who supported the restoration of the L.S.T., a World War II ship which transported jeeps and other military vehicles to the Normandy invasion, returning with wounded veterans. He and Vivian enjoyed attending reunions with fellow shipmates throughout the United States. He could always be counted on to serve in the color guard at the graveside of fellow veterans during local military funerals regardless of the weather.,

Larry looked forward each day to getting together with friends at the local coffee shops where he gave the "help" a hard time. He hated to miss his 4 p.m. iced tea and grilled cheese at Cookies at the "liars table". He dearly loved his family and looked forward to visits from his children and grandchildren.

Funeral services will be held Friday, March 29, 2013 at 10 a.m. at Wilson Funeral Home in Kahoka with Pastor Shawn McAfee officiating. Burial and full military honors will be 3 p.m. Friday at Jacksonville Veterans Cemetery in Jacksonville, MO.

Memorials are suggested to the Kahoka Cemetery.

To send a flower arrangement to the family of Larry E. Perry , please click here to visit our Sympathy Store.

To order memorial trees or send flowers to the family in memory of Larry Perry, please visit our flower store.