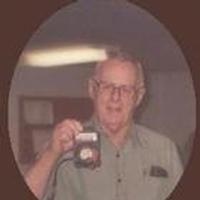 On October 5, 1957, he was united in marriage to Mary Hess at Wayland.

He was preceded in death by his parents; a sister, Joy Lillard; and a sister-in-law and her husband, Ruby and Henry "Buzz" Hammond.

Larry was a self-employed carpenter and contractor for most of his life and had worked in the lumberyard business for Tom Daw at Wayland and later Hartricks in Keokuk. Many knew him from the toll booth at St. Francisville. Larry's faith was an important part of his life and he was an active member of the Southern Baptist Fellowship Church at Wayland. He enjoyed boating and fishing and also "fishing" with his metal detector for treasure. He loved his family and time spent traveling with Mary.

According to his wishes, cremation rites were accorded. A memorial carry-in lunch for family and friends will be held Saturday, August 15, 2009, at noon at the Southern Baptist Fellowship Church in Wayland. A graveside service will be at a later date in Sand Cemetery at St. Francisville.

Memorials are suggested to the Southern Baptist Fellowship Church.

To order memorial trees or send flowers to the family in memory of Larry Broomhall, please visit our flower store.