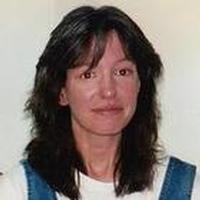 Kimberly was born December 7, 1962 in Riverside, CA, the daughter of Gene and Virginia McAfee Katsaros.

She married Kurt Scribner and they were the parents of two sons, Konrad and Kord. She later married Kirk Ayer.

Survivors include a son, Konrad Scribner of Kahoka, MO; her father and step-mother, Gene and Nila Katsaros of Nevada; a brother, Mark Katsaros, of Harrisburg, MO; two nephews and a niece: Shayman, Samuel and Starlight Katsaros; an uncle and three aunts: Verlin McAfee of Kahoka, MO, Rose Smith of Kahoka, MO; Patty McAfee of Lewistown, MO and Judy McAfee of Quincy, IL; several cousins and other relatives.

She was preceded in death by her mother, her grandparents and her son, Kord Scribner.

Kimberly was raised and educated in California. She had moved to Missouri in the 1990's to be near her extended family.

Kim was a devoted mother whose life revolved around her son, Konrad. She enjoyed keeping in touch with her family and friends.

Memorial services will be held Wednesday, December 19, 2012 at 3 p.m. at Wilson Funeral Home in Kahoka with Pastor Shawn McAfee officiating. Inurnment will be at a later date in the Kahoka Cemetery.

Friends may call at Wilson Funeral Home after 9 a.m. Wednesday with family receiving friends from 2 p.m. until time of services.

Memorials may be made to her son, Konrad Scribner.

To send a flower arrangement to the family of Kimberly D. Ayer , please click here to visit our Sympathy Store.

To order memorial trees or send flowers to the family in memory of Kimberly Ayer, please visit our flower store.