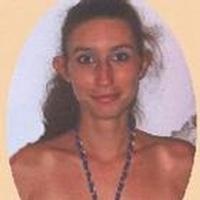 Keri was born December 24, 1981 in Fort Madison, IA, the daughter of Gordon Bell and Lisa Smalley.

Survivors include her husband, Scott Murphy, of Kahoka; her mother and step-father, Lisa and Rod Siefering of Salem, IA, mother-in-law, Janet Murphy of Kahoka; grandparents: Tom and Lucille Traut of Donnellson, IA, Janet and Everette Tribolet of

She was preceded in death by her father, Gordon Bell, grandfather, Harold Smalley, and half brother, Donnie Bell.

Until the past three years Keri had been an employee of the former FISCA in Alexandria. She and Scott had been together the past four years.

Keri loved being outdoors. She loved to hunt, fish, and grow flowers. She enjoyed caring for and watching her indoor birds. She loved to craft and had learned to weave rugs for family and friends. She loved to ride motorcyles and was a huge fan of NASCAR, especially Jimmie Johnson.

A Celebration of Life was held Friday, July 2, 2010 at 7 p.m. at Wilson Funeral Home in Kahoka with Pastor Ray Gilbert officiating. Inurnment was the following day in the Denmark Cemetery.

A memorial trust has been established for her children with her grandmother, Lisa Smalley

Siefering as trustee (checks made payable to Lisa Smalley Siefering).

To order memorial trees or send flowers to the family in memory of Keri Murphy, please visit our flower store.