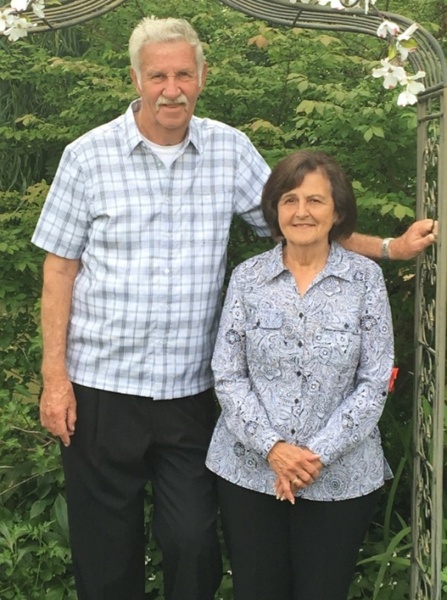 Kenneth “Kenny” George Winters, 82, of Wayland, Missouri passed away peacefully at his home surrounded by family, on Tuesday, November 3, 2020. Kenny was born on December 1, 1937 in Gregory Landing, Missouri, the son of the late George “Fuzzy” Winters and Wilma (Arnold) Winters-Walls. He married Patricia Ann Riney on May 28, 1960 at Saint Martha’s Catholic Church in Wayland, Missouri where he was a member for many years.  He served in the United States Army for four years. Kenny worked for Morse Chain in Keokuk and Dadant and Sons in Kahoka for many years. He had also spent nearly thirty years as a woodworker and craftsman. He enjoyed hunting, NASCAR, sports, attending auctions and flea markets, and working in his shop. Kenny lived life to the fullest and his family was the center of his world. His grandchildren would often ask him to draw pictures of bugs on their hands and feet. Kenny “Grandpa Fudge” was famous with his grandchildren and great grandchildren for making fudge and French toast.  He was a devoted husband and father and will be deeply missed by his family, friends, and all that knew him.

Private family funeral services honoring the life of Kenny were conducted. Wilson & Triplett Funeral Home in Kahoka were entrusted with the care and arrangements. Interment was held at St. Patrick Cemetery in St. Patrick, Missouri. Pallbearers were Brandon Winters, Quentin Winters, Darin Winters, Michael Campbell, Tyler Winters, Trevor Winters, Zane Campbell, and D.J Shatley. Honorary Pallbearers were Pat McNally, Derek Drake, Chris Ryland, and Raymond Merschbrock. Memorial contributions were suggested to St. Patrick Cemetery or to Hospice of Northeast Missouri and were accepted at the funeral home. You are invited to share your memories of Kenny and leave a condolence at www.wilsontriplett.com.

To order memorial trees or send flowers to the family in memory of Kenneth Winters, please visit our flower store.