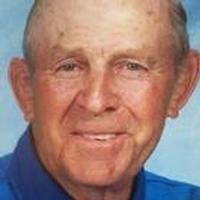 He was born November 7, 1928 in Canton, MO, the eldest son of Walter W. And Rosaline Moeller Uhlmeyer. On June 2, 1951 he and Rovene Kirchner were united in marriage at the Shrine of St. Patrick.

Survivors include two sons, Bruce Uhlmeyer and his wife, Melody, of Kahoka, MO, Greg Uhlmeyer and his wife, Mary Jo, of Keokuk, IA; a daughter, Tricia Jenkins and her husband, David, of Kansas City, MO; seven grandchildren: Dan Uhlmeyer and his wife, Brandy, of Shelbyville, MO, Wes Uhlmeyer and his wife, Jessica, of Monticello, IL, Cheryl Winkelman and her husband, Lute, of Washington, D.C., Kenny Jenkins and his wife, Mary, and Brett Jenkins, all of Kansas City, MO, and Ryan and Erin Uhlmeyer, both of Keokuk, IA; seven great grandchildren: Mason, Robert, Addy and Clara Uhlmeyer of Shelbyvile, MO, Ethan and Emily Uhlmeyer of Monticello, IL, and Cora Winkelman of Washington, D.C.; three sisters: Maxine Nichols and her husband, Leo, Jr. of Canton, MO, Anna Logsdon of St. Patrick, MO and Dorothy Knickrehm of Walcott, IA; sisters-in-law and brother-in-law: Robert and Rita Kirchner of Canton, MO, Dorothy Kirchner of Kahoka, MO, Eileen Kirchner of Hillsboro, IA and Nancy Uhlmeyer of Alexandria, MO; special friend, Hazel Brown, who provided support and companionship in his later years; Kathy Hanlin who gave attention and care when he most needed it; as well as many nieces and nephews and other relatives.

He was preceded in death by his parents; his wife; one brother, Ervin Uhlmeyer; and two sisters, Alma Wiskirchen and Rosemary Uhlmeyer.

Kenny attended St. Patrick High School and served in the army during the Korean War. He grew up in St. Patrick and farmed on the land that his great grandfather homesteaded. He also
raised cattle and hogs.

Other than working, he liked to hunt and fish. In his earlier years, he especially enjoyed coon hunting. Each year he would take a group of kids for a hunt on Friday night after Thanksgiving. Even though the children have all grown up, they have fond memories of tromping through the woods on this annual event with both a prize of catching a coon and a crisp $1.00 bill in their pocket for participating.

His passion was cutting timber. He especially enjoyed chopping firewood and running the sawmill. In addition, he looked forward to raising and selling sweet corn throughout the neighborhood. Sports were also a part of his life. He was known as "Lou" well after his baseball days and it was difficult to beat him in horseshoes.

When his grandchildren came along, he always found time to play with them. He treasured the special memories of taking them fishing, golfing, bowling, and playing baseball. They all attribute their math ability to him as he could figure grain and hog prices in his head.

Kenny was a member of the Shrine of St. Patrick and devoted to his church and faith. He was also a member of the Knights of Columbus. Instilling his faith in his family was an important part of who he was.

Kenny was a gentleman to all. He will be remembered for his kindness, generous spirit, unselfish behavior, honesty, and beautiful blue eyes. By nature, he never knew a stranger and could make friends with anyone he met. He was strong, hardworking, and loving all the days of his life. He was truly loved and will be greatly missed by his family, friends, and community.

Friends called at Wilson Funeral Home in Kahoka after noon on Monday with family receiving friends from 6-8 p.m. followed by a Knights of Columbus Rosary.

Memorials in lieu of flowers are suggested to the St. Patrick Cemetery or the Shrine of St. Patrick "Tree Fund".

To send a flower arrangement to the family of Kenneth Uhlmeyer , please click here to visit our Sympathy Store.

To order memorial trees or send flowers to the family in memory of Kenneth Uhlmeyer, please visit our flower store.