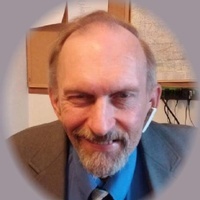 Kenneth R. Sherrill, age 61, of Kahoka, MO, died Sunday, June 10, 2018 at his home surrounded by his family. Kenneth had been diagnosed with cancer six weeks ago.

Kenneth was born January 23, 1957 in Keokuk, IA, a son of Raymond and Letha Haage Sherrill.

On August 27, 1983, he was united in marriage to Melissa Wood in Hamilton.

Survivors include his wife, Melissa, of the home; his parents, Raymond and Letha Sherrill of Kahoka; one son, Jeremiah Sherrill of Kahoka; two daughters, Janessa (Jason) Erb of Argyle and Jennifer (Paul) Dobson of Mt. Pleasant; four grandchildren: Mackenzie Sherrill, Aaron Dodds and Alexis and Blake Dobson; one brother, Stephen (Linda) Sherrill of Wyaconda; a sister, Virginia Seaver of Kahoka; brothers-in-law and sisters-in-law Steve Wood and Rudy Wood, both of Hamilton, Gary (Brenda) Wood of Rockledge, FL and Donna (Corky) Symmonds of Hamilton; aunts and uncles: Goldie (Bud) Laymon of Revere, Marjorie Haage of Hamilton, and Esther Justice of Wyaconda; family friend, Billie Hustead, who has helped so much during the past week providing care, strength, and support to Ken and Melissa; as well as nieces, nephews, cousins and other relatives.

He was preceded in death by his in-laws, Donald and Barbara Wood; aunts and uncles: Edna and Joe Cooper, Esther and Floyd Nichols, Joanne Ferguson, Mary and George Beck, Mildred and Bob Symmonds, Stanley Haage, and Gary Justice; and a nephew, Adam Seaver.

Kenneth graduated from Clark Co. R-1 High School in 1975. He often worked two-three jobs at a time until finding the job he really loved. He was employed by the State of Missouri as a medical transport driver. It was the perfect job for Kenneth as he loved doing for others and being able to help them and listen to their problems.

Like all of us, Kenneth went through different phases through his life, all of which made him who he is today. Work ethic, a period where he maintained a strict schedule of 3 hours a day of body building, his strong faith, never complaining about what he was dealt in life but dealing with what it gave you, only made his family stronger.

Kenneth loved being able to minister to others, do for others, and lived his faith as an example for all of us. He loved life, his family, Captain America, and his cats who were his "babies".

The family would like to extend a special thank you to Northeast Missouri Hospice for all the kindness, compassion and help they provided making it much easier for them in the past week.

Memorials may be made to Melissa Sherrill.

To send a flower arrangement to the family of Kenneth Sherrill , please click here to visit our Sympathy Store.

To order memorial trees or send flowers to the family in memory of Kenneth Sherrill, please visit our flower store.