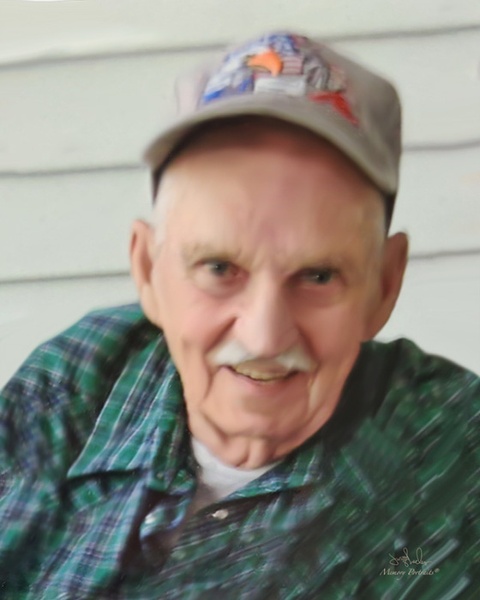 He was born June 27, 1934, in rural Williamstown, MO to Harry Justice and Ruby DeWitt Justice. He married Dolores (Dee) Pitford on August 12, 1954, at the Methodist Parsonage in Wayland, MO. They lived their married life in Clark County, MO.

Kenneth graduated from Clark County High School in 1952. He worked several places during his career, including St. Louis Diecast, before starting his own business, as co-owner of Justice & Dean Building Products and Construction. After retirement, Kenneth returned to trucking with Carry Transit and later with the Clark County Road and Bridge Department.

He was a member of the Seventh Day Adventist Church in Kahoka, MO. He and Dolores volunteered many years with the Clark County Food Pantry. An avid musician, he performed several years with “Country Come Home.” He loved to read and play his guitar. Kenneth was a wonderful husband, father, father-in-law, and grandfather to his family. Kenneth and Dolores travelled extensively on their Harley-Davidson all around the United States. Kenny was an all-around talented individual, he was always building something, and was the go-to person for family and friends with technical questions. During his career, Kenneth was responsible for helping many individuals to develop technical skills, and find fulfilling work within the construction and trucking industries.

To order memorial trees or send flowers to the family in memory of Kenneth Justice, please visit our flower store.