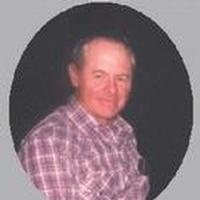 He was born in Clark County, near Luray, MO, on January 30, 1928, a son of Wallace and Gladys Bricker Hardy.

On September 9, 1951, he was married to Bessie Louise Calvert at the Methodist parsonage in Kahoka.

Survivors include his wife of 58 years, Bessie Louise Hardy, of Luray, MO; one son, Dan Hardy of Moberly, MO; three grandchildren: Susan Schmitz and her husband, Lee, and Duane Hardy, all of Luray, MO, and, Summer Hardy of Keokuk, IA; two great-grandchildren, Kathrynn and Jonathan Schmitz of Luray, MO; a brother, Robert Hardy and his wife, Blanche, of Denmark, IA; an aunt, Gladys Hardy of Kahoka, MO; as well as nieces, nephews and other relatives.

Kenneth graduated from Luray High School in 1945 and continued his education in electronics in St. Louis. He worked in the Luray post office and hardware store until being drafted into the army in 1953. He served in the 39th Infantry where he achieved Corporal rank. After returning from service in 1955, he owned and operated a feed store in Luray. In 1965 he and Bessie moved to the farm north of Luray and farmed until his retirement.

He was a member of the Luray United Methodist Church and V.F.W. Post # 4958 at Memphis, MO.

Kenneth was a skilled carpenter and electrician. Always a hard worker, he was very handy at repairing and fixing up things around the house and farm and received a lot of enjoyment from doing so. He also enjoyed gardening. He was known for his sense of humor and his devotion to his family of whom he was very proud.

Funeral services will be held Wednesday, December 16, 2009, at 11 a.m. at Wilson Funeral Home in Kahoka with Rev. Beryl Cragg and Pastor Don Sherwood officiating. Burial will follow in the Ashton Cemetery.

Friends may call after 9 a.m. Wednesday at Wilson Funeral Home with family receiving friends from 10 a.m. until time of services.

Memorials are suggested to the Luray United Methodist Church or the American Heart Association.

To order memorial trees or send flowers to the family in memory of Kenneth Hardy, please visit our flower store.