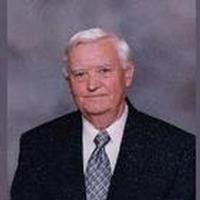 KENNETH W. GRAY Kenneth W. Gray, age 79, of Kahoka, MO, formerly of Revere, died peacefully Monday, February 6, 2012, surrounded by his family, at the Clark Co. Nursing Home in Kahoka. Kenneth was born July 22, 1932 in Gladstone, IL, a son of Virgil and Ruby Beebe Gray. His family moved to the Revere area in 1941 and resided there until 1965 when they moved to the farm in rural route Farmington, IA. He was a 1950 graduate of Revere High School. He served in the U. S. Army in December of 1952 and served until November of 1954. On January 8, 1955 he was united in marriage to Ida Rosalie Gray. They had celebrated their 57th anniversary last month. Survivors include his beloved wife, Rosalie, of Kahoka, MO; two daughters, Vickie Harness and her husband, Kent, of Mt. Sterling, IA and Tamara Smith and her husband, Roger, of Keokuk, IA; three grandchildren: Daniel and Tanya Harness of Farmington, IA, Lindy and John Harmon of Revere, MO, and Curtis Smith of Johnston, IA; eight grand-children: Taylor and Christopher Pilcher, Ethan and Owen Harness, Kiersten and Kiernan Harmon, and Landon and Carter Smith; two brothers, Gary (Sharon) Gray of Kahoka, MO and Gale (Donna) Gray of Revere, MO; an uncle, Britten (Martha) Gray of Colchester, IL; as well as nieces, nephews and other relatives. He was preceded in death by his parents and a brother, Arnold Pete Gray. In 1960, Kenneth graduated from the Worldwide College of Auctioneering at Mason City, IA and called sales for various auctioneers through the years. He was a former 4-H Leader and conducted many 4-H livestock auctions in his life. For several years he was an over-the-road truck driver for KenRose, Inc. Kenneth was interested in preservation of many kinds. He was a farmer all of his life and was a pioneer in soil conservation and received several awards in that field. He promoted beef and cross-bred cattle before it was popular and through photos, video and other media outlet preserved history relating to that and other elements of his farm life. He was a member and past president of the original Athens Park Board and instrumental in its development prior to its designation as a state park. Following his military duty, Kenneth was a Boy Scout Leader in Revere for several years. He was a member of the Clark Co. Nursing Home Board at the time of planning and construction of the current facility, former president of that board and was called again in later years to serve again on the board. In September, 2010, he received an award and was honored and recognized as the last surviving member of the original board. Kenneth was a faithful member of the Peaksville Christian Church where he served as Deacon and became a Elder Emeritus in 2003. His fellowship with his Lord and Savior was a part of his life that was important to him and sharing with his family and friends. He took a personal responsibility as a caretaker of the earth and had made a hunting preserve on his farm. He particularly enjoyed watching the birds. He made beautiful furniture from willow growing on the farm. As a place of peace for himself and family, he created a circle of cottonwood trees representing various family members, many of whom have passed on, with a cross in the center. Many family functions, including his grandsons wedding, have been held there. Today his grandson, Daniel, is the caretaker. Funeral services celebrating his life were held Friday, February 10, 2012 at 10 a.m. at the Peaksville Christian Church, Peaksville, MO, with Pastor Shawn McAfee and Pastor Herb Doty officiating. Burial with Military Rites followed in the Revere Cemetery. Memorials were suggested to the Peaksville Christian Church or the Clark Co. Nursing Home Relay For Life Team (please make checks to American Cancer Society).

To order memorial trees or send flowers to the family in memory of Kenneth Gray, please visit our flower store.