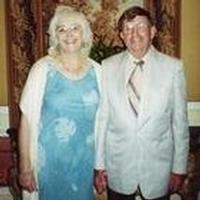 On June 9, 2013, 10 a.m. Sunday Mass at St. Michael's Catholic Church in Kahoka, MO was celebrated in memory of Kenneth and Mary Crone by Father Nicholas Reid. As their final wishes, they were laid to rest together in the Kahoka Cemetery following.

Mary was born May 24, 1943 in Liverpool, England, the daughter of Patrick and Alice Johnston Morrissey. Kenneth was born September 16, 1935 in Liverpool, the son of Joseph Baron Crone and Mabel (Orritt) Bowen. They were married on September 15, 1962 in Liverpool and immigrated to Kahoka, MO in 1967 with children Barry and Paula together with Kenneth's brother Terry and his wife, Margaret, and their young children Terry and Lorna, to join Kenneth and Terry's sister, Barbara Nixon, and mother, Mabel Bowen, and to also provide a better life for their children. Kenneth and Mary and son, Vincent, moved to Delaware in 1988.

Both were members of St. Michael's Catholic Church, belonging to a Journey in Faith group "The Spirits", and Mary to the Altar Society. They were active members of their children's many activities, particularly girls basketball and the Clark Co. R-1 Marching Band. They loved to travel, shop and spoil their grandchildren. Both were avid gardeners and loved to host backyard barbeques for friends and family. Barry enjoyed hunting, woodworking, fishing and listening to jazz and big band music. He and Mary also enjoyed spending time with their grandchildren camping, playing games and capturing it all in video. Barry had been a drummer playing in various clubs of Liverpool during the time of the Beatles and Gerry and the Pacemakers. He was known as Count Baron. He worked for various companies during his 55 year career as an industrial/commercial maintenance general contractor and supervisor. Mary worked in retail sales and was a multiple award winner for the highest personal sales.

Survivors include their three children: Barry Crone of Phoenix, AZ, serving in the United States Air Force, Paula Crone of Dallas, TX, and Vincent Crone and his wife, Linda, of Felton, DE; three grandchildren: Lilly, Andrew and Nick, all of DE; Barry's brother, Terry Crone and his wife, Janice, of Kahoka, MO, two sisters, Jane Gordon and her husband, Bob, of Ontario, Canada, and Pat Brimlow and her husband, Ian, of Sussex England; Mary's brother, Patrick Morrissey, and his wife, Marie, of Liverpool, England; and several nieces and nephews and their families.

Memorials may be made to Arbor Day Foundation.

To send a flower arrangement to the family of Kenneth "Barry" and Mary Crone , please click here to visit our Sympathy Store.

To order memorial trees or send flowers to the family in memory of Kenneth Crone, please visit our flower store.