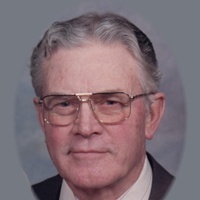 Kenneth B. Chrisman, age 95, of Kahoka, passed away Sunday, February 11, 2018 at the Clark County Nursing Home. He had lived a long, full life and was a life-long resident of Clark County.

Kenneth was born July 2, 1922 in Clark County, a son of Karl and Minnie Kinkeade Chrisman.

He had a passion for livestock at a young age, often riding horses and milking cows. At age 15 he broke his first horse to ride. This passion quickly grew into his profession of a life-long breeder and trainer of livestock. Well into his 80s he was raising palomino miniature horses. He always had a clear vision of how to improve conformation, color, and pedigrees of each generation.

In the 1950's, he raised and sold the first "white" color Pomeranian dogs. He raised palomino and chestnut Shetland ponies, leopard POA horses, Arabian horses, red leopard llamas, red Alpine and pygmy goats, and Dexter cattle. He specialized in the palomino, red leopard, and chestnut color. He was a well respected buyer-seller-trainer of high quality registered livestock nationwide. He always enjoyed being among his peers at the horse and exotic sales, especially Lolli Brothers, Macon, MO. He was a member of many livestock associations through the years. He believed in hard work and was a steward of the land.

Kenneth will be dearly missed by his family: daughter Connie (Dan) Wagner, grandson Mark (Kortney) Wagner and great granddaughters, Mya Jo and Taeya Wagner, (his pride and joy), all of Wapello, IA.

He was preceded in death by his wife; parents; sister, Nola; brother, Claude; and sister-in-law, Zola.

Funeral services and military honors were held Thursday, February 15, 2018 at 1:00 P.M. at Wilson Funeral Home in Kahoka with Pastor Shawn McAfee officiating. Burial was in the Kahoka Cemetery.

Visitation was held at Wilson Funeral Home after 9 a.m. Thursday with family receiving friends from noon until time of services.

Memorials may be made to Son Valley Ranch, Kahoka.

To send a flower arrangement to the family of Kenneth B. Chrisman , please click here to visit our Sympathy Store.

Friends may register after 9 a.m. with family receiving friends from noon until service at 1.

Friends may register after 9 a.m. with family receiving friends from noon until service at 1.

To order memorial trees or send flowers to the family in memory of Kenneth Chrisman, please visit our flower store.