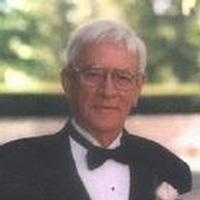 He was born May 10, 1927, in rural Clark County to Arthur James and Merle Caldwell Nixon. On August 4, 1957, he was united in marriage to Janet LaNet Shankster at St. Paul United Church of Christ in Kahoka. She survives.

Keith was a 1945 graduate of Revere High School and served his country in the US Army where he received a World War II Victory Medal. He was a member of the American Legion, St. Francisville Lodge # 588, A.F. & A.M., Clark County Moose Lodge # 1432 and American Society for the Prevention of Cruelty to Animals.

Keith worked all his life before retiring as the Clark County Circuit Clerk and Recorder of Deeds where he served for 12 years. He received several government commendations upon his retirement in 1994. He loved farming with his brother Carroll and nephew Kevin on their farms north of Kahoka. Keith enjoyed spending time with his loving family and anyone who knew Keith knew he adored his very devoted dog, Spencer. Keith was a good and honest man who had a strong belief in God. He was a long-time member and past consistory president of the St. Paul United Church of Christ in Kahoka.

Keith was preceded in death by his parents Arthur and Merle Nixon and his in-laws, Ralph and Edna Shankster.

To order memorial trees or send flowers to the family in memory of Keith Nixon, please visit our flower store.