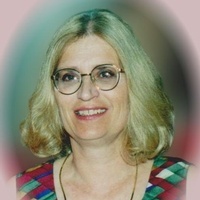 Born on November 30, 1954, she was the daughter of Kenneth and Ella Mae Cannon. She was independent and tough and her younger siblings- Brenda, Kirby and Mark were, upon their birth, immediately convinced of her authority. She was fierce before it was cool. Karen attended grade school in Alexandria, Mo and graduated Clark County High School in 1972.

On January 17, 1976 she married the love of her life, Randy Smith. She loved her husband dearly and together they made their quiet, happy marriage an example for everyone else. Randy, along with their daughters Kelsey, Lindsey and grandson Aiden were the center of her universe. She was very involved in the lives of her children and nieces and nephews, joining the Blackhawk PTO, CCR-1 Fine Arts Boosters and the local Girl Scouts.

In Kahoka, she was known for working at the Media and Hometown Journal newspapers. For almost 40 years, most of them before the age of computers, she took the news of our little town and framed it patiently and perfectly in a wax border. Most recently, she worked at Abel Transportation and the Sever Memorial Library. As a natural leader, she had the unique ability to see the gifts of others and instill in them the confidence to be better. Everywhere she worked or volunteered she enriched the lives of those she met with her wit and wisdom. What she lacked in stature she made up for in heart, and what she lacked in material things she made up for in her generosity.

As someone who cared about the fairness of the world, she got one of the most unfair deals of all: cancer. Many people, when faced with that diagnosis, would become bitter and angry. Asking "How" and "Why" such a terrible thing should happen to them. But not Karen. Instead, she worked to keep her mind active and positive by creating gifts for her friends and family. Embroidering and crocheting her pain, her fear and her love into every stitch. Karen has left everyone who knew her tangible reminders of how to spend your time when you don't have time to spend.

She was quietly masterful in so many things: baking, floral design, crafting, gift-giving and parallel parking. She was a great gal to have in a fight, but an even better one to help you plan a raffle. She made every holiday and birthday special. Karen was at her happiest when she was serving and thinking of others. She found the value in every single day, especially when she could spend them with her family and her dog, Ozzie.

Burial followed in the Sand Cemetery at St. Francisville.

Friends called at Wilson Funeral Home after 9 a.m. on Wednesday with family receiving friends from 10 a.m. until time of services.

Memorials were suggested to the Clark Co. Senior Center or the H. E. Sever Memorial Library.

"So Karen, have your Dad start the grill. Get Mark to bring in the extra chairs so can help your Mom set the tables. And one by one, as we arrive for dinner, you can let us know where we are supposed to sit."

To send a flower arrangement to the family of Karen L. Smith , please click here to visit our Sympathy Store.

Friends may call after 9 a.m. with family receiving friends from 10 a.m. until time of service.

Friends may call after 9 a.m. with family receiving friends from 10 a.m. until time of service.

To order memorial trees or send flowers to the family in memory of Karen Smith, please visit our flower store.