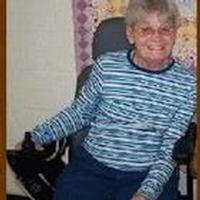 Judith was born June 8, 1941 in Keokuk, IA, a daughter of Elton M. and Bernadine Walker Wilson.

She married Richard David Brees on August 4, 1961 and after their divorce, married Dallas Leon Gillispie on August 8, 1981. She is preceded in death by her husband and her parents.

Judith graduated from Indianola High School and received her LPN at the University of Iowa in Iowa City, IA. As a nurse, she provided care for the elderly for many years. She spent most of her life in numerous states before returning to Clark County with her husband, Dallas, to be closer to her family. She was the owner and operator of Judys Bar and Grille in St. Francisville, MO for several years and enjoyed spending her Saturdays watching her grandson, Sam, racing go-karts. She was a resident of the Kahoka Senior Housing, and a member of the First Baptist Church in Wayland, MO. She had a fun-loving spirit and loved to watch people, birds, and spend time giving everyone she knew a hard time, joking and poking fun. She was also a big fan of tweety bird.

Memorial services were held Wednesday, September 12, 2012 at 10:30 a.m. at Wilson Funeral Home in Kahoka with Rev. Dan Deatrick officiating. Inurnment was in the Revere Cemetery.

To order memorial trees or send flowers to the family in memory of Judith Gillispie, please visit our flower store.