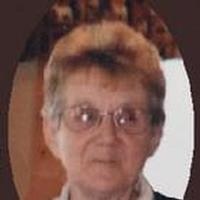 She was preceded in death by her parents and her father-in-law, Earl "Mike" Campbell.

Joyce attended school in Clark County until leaving school early to help provide for her family. She was employed at Henniges for 44 years, retiring in April of 2009. Joyce's life revolved around work and her home life. She was proud of her home and took great pride in caring for it and the many acres she mowed. She had a servant's heart that believed in caring for others first and herself last. Her family was the most important thing in her life. Also very dear to her were her five dogs who were her constant companions.

At Joyce's request, cremation rites have been accorded. There will be no visitation or services, however, she will be laid to rest at a later date in the Frazee Cemetery.

The family requests no flowers, however, memorials may be made in her memory to the Clark Co. Local Cancer Fund or the Frazee Cemetery.

To order memorial trees or send flowers to the family in memory of Joyce Campbell, please visit our flower store.