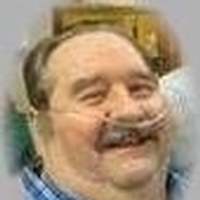 He graduated from Kahoka High School and the following year on May 26, 1966, was united in marriage to Betty Schreiber in Kahoka.

He was preceded in death by his parents; his in-laws, Harry and Hazel Horter Schreiber; a sister, Wanda Davis; son-in-law, Danny Scharfenberg; and his brothers-in-law, Dennis York, Lyle Davis and Ernie Morris.

Joe was a U.S. Army veteran, serving from March of 1966 to February of 1968. It was during that period that he and Betty had their daughters Terry and Tracy while living in Germany.

Joe was employed at Kaiser Quarry at Kahoka. The next 20 years he served as Deputy and then Marshall for the City of Kahoka. Following his retirement from the city, Joe attended and graduated from Vatterott College in Quincy with certification in electronics. He was an electrician for several years following until he was no longer physically able.

Joe had a laugh that you couldn’t forget. He was happy go lucky, but you didn’t want to make him mad. He was a huge Nascar fan and loved to draw. The most important thing to Joe was his family - he loved them dearly and more than he loved himself. It was not unusual to see Joe with a grandchild on his lap driving through the neighborhood on his motorized scooter.

Memorials may be made to his wife, Betty Young.

To send a flower arrangement to the family of Joseph L. Young , please click here to visit our Sympathy Store.

To order memorial trees or send flowers to the family in memory of Joseph Young, please visit our flower store.