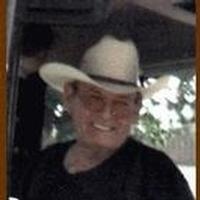 Joseph Stephen "Big Tex" White, also known as "Joey" to his family, age 65, of Revere, MO, died unexpectedly on Friday, June 22, 2012 while being admitted (for another reason) at Scotland Co. Memorial Hospital in Memphis.

Survivors include his wife, Carrol, of Revere, MO; mother-in-law, Ruby Koogle of Kahoka, MO; a son, Joseph D. White of Fort Worth, TX; a daughter, Donna Kaye (Mrs. Dwain) Lackey of Cleburne, TX; a sister, Laura (Mrs. Robert) McCormic of Dallas, TX; a brother Charles; a brother-in-law Robert Koogle of Goodyear, AZ, Robert's wife Sarah and niece Sloane. He has three grandsons and three granddaughters, as well as other relatives, all of Texas.

He was preceded in death by his parents and a sister Becky.

Joseph at the time of his retirement owned an Insurance Agency "J.W. & Associates, Inc." of

Dallas, Texas. He was a former Master Barber and automobile salesman. After relocating to Revere he enjoyed building things, learned welding, and worked on the property. You could see him around the area with his cowboy hat, a wonderful smile and a wave. He was known in the area as "Big Tex".

Funeral services will be held in Texas and he will be laid to rest at his family plot at Rock Creek Cemetery near New Boston, TX. Arrangements are under the direction of Bates-Rolf Funeral Home in New Boston. The family was assisted locally by Wilson Funeral Home.

To order memorial trees or send flowers to the family in memory of Joseph White, please visit our flower store.