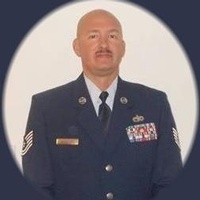 Joseph Simmons was born June 20, 1979 in Keokuk, IA, the son of Robert and Constance Lillard Simmons.

He graduated from Revere High School in 1997 entered the service, and was active duty U.S. Air Force.

Visitation was held at Wilson Funeral Home in Kahoka after 1 p.m. Saturday with family receiving friends from 5-8 p.m.

Memorials are suggested to the Wounded Warrior Project in Joe’s memory.

To send a flower arrangement to the family of Joseph Forrest Robert Simmons , please click here to visit our Sympathy Store.

To order memorial trees or send flowers to the family in memory of Joseph Simmons, please visit our flower store.