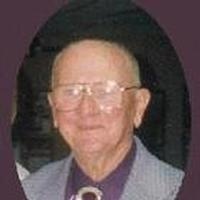 He married Icel L. Kinkeade on December 19, 1942 at the Kahoka Methodist Parsonage. They were married nearly 67 years at her death on November 2, 1998.

Joe is survived by sister-in-law and companion, Evelyn Neves of Keokuk, IA and sister-in-law, Bonnie Bogguss of St. Francisville, MO; many nieces and nephews and even more friends.

He was preceded in death by his parents; his wife; a brother, Art Neves; and sisters: Lois Wells, Lottie Bryant, Rose Elder and Mary Shuman.

Joe retired in 1981 after 39 years of employment with Keokuk Steel Castings. He had many hobbies and many activities to keep him busy, but most will remember him as an un-official Wal-Mart Greeter spending many hours at the doorway of Wal-Mart in Keokuk with his beloved Evelyn giving everyone a smile and piece of candy who went through the doors. He was a classy man who never left home without wearing one of his country-style string ties or boleros with matching belt buckles that he collected. He still cared for his four acre yard with a field of flowers, particularly red and yellow canna lilies, watermelon, strawberries and vegetables all of which he grew to share with others. Joe enjoyed collecting music, LPs, 45's and cassettes, and enjoyed listening to them in the evenings after a long day of working outdoors. In earlier years he and Icel had enjoyed square dancing with family and friends. His passion was collecting vintage automobiles, caring for each of them with loving care.

Joe was a man of deep faith. He was a member of the St. Francisville United Methodist Church since 1956 and caretaker for many years. His true enjoyment was reaching out to people and sharing a smile on a day when they might not receive another.

Burial was in the Sand Cemetery at St. Francisville.

Visitation was held at Wilson Funeral Home after 9 a.m. Thursday with family receiving friends from 6-8 p.m.

Memorials were suggested to the St. Francisville United Methodist Church.

To order memorial trees or send flowers to the family in memory of Joseph Neves, please visit our flower store.