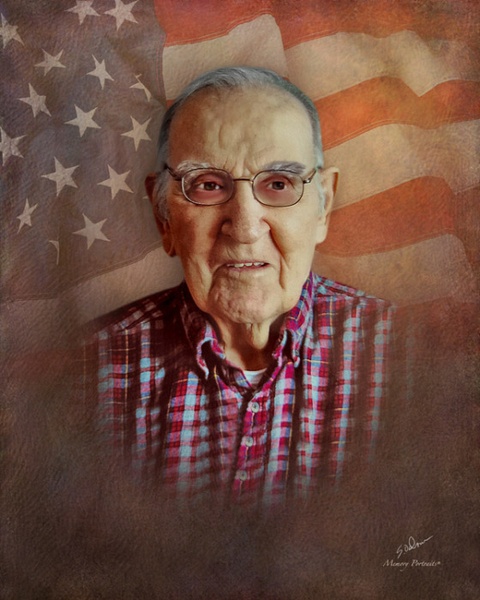 He was born on November 10, 1926 in Thayer, Iowa, the only son of the late Herman Joseph and Mildred Walker Garrels. In 1935 his family moved to Memphis and later to Revere in 1941. Joe graduated from Revere High School in 1943. He farmed north of Revere until 1945 when he left to serve in the United States Army. After his military service, he returned home to Revere to farm and to raise livestock. On February 13, 1949 he was united in marriage to Mary Louise Heinze at the Evangelical & Reformed Church in Kahoka. They became parents of three children: Michael, Terri and Tina. Mary preceded Joe in death on June 19, 2012.

Joe was a member of the Revere Community Church and later St. Paul United Church of Christ in Kahoka where he served on the cemetery board. Through the years he served on the Revere School board, the County School board, Clark Co. ASCS Committee, Clark Co. Soil & Water Conservation District (SWCD), Lewis Co. & Clark Co. Rural Water Districts, and the Northeast MO Regional Library board. After he retired from farming, he was employed part-time for a number of years at Southeast Iowa Feeder Pig Inc., IMI Equipment, and Dadants Incorporated. Joe liked to keep busy for most of his life and did not seek retirement until he turned 88. He had many friendships through activities at both the Revere Community Center and Kahoka Senior Housing. He enjoyed attending the annual Revere Alumni Banquet. He loved his family and enjoyed making trips back to Iowa to visit cousins there. He especially enjoyed being “Grandpa Joe” to his grandchildren and great-grandchildren. His favorite pastimes were reading, crossword puzzles, watching the St. Louis Cardinals, and collecting International Harvester toy tractors.

Funeral Services honoring the life of Joe were conducted at 10:00 am on Friday, October 30, 2020 at the Wilson & Triplett Funeral Home in Kahoka. Goldie Laymon officiated the service. Cremation rites were accorded following the services. A visitation was held from 5 until 7 pm on Thursday, October 29, 2020 at the funeral home. Inurnment will be held at a later date. Memorial contributions in memory of Joe were suggested to the Clark County Nursing Home’s Activity Fund. Those attending services were encouraged to practice social distancing and follow coronavirus safety guidelines. You are invited to share your memories of Joe and leave a condolence at www.wilsontriplett.com

To order memorial trees or send flowers to the family in memory of Joseph Garrels, please visit our flower store.