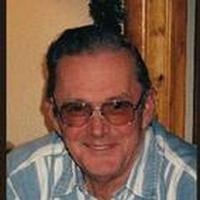 Johnny was born October 18, 1937 near Williamstown, MO, a son of Lee and Donna Lay Shoup. On September 16, 1961 he was united in marriage to Ruby Ellison at the Shrine of St. Patrick in St. Patrick, MO.

Survivors include his wife, Ruby, with whom he had just celebrated 50 years of marriage; a son, Dennis (Linda) Shoup of Kahoka; one daughter, Deb Marlin of Quincy; three grandchildren: Savannah Marlin and Sam Marlin both of Keokuk and Deanna Shoup attending S.E.M.O. in Cape Girardeau, MO; two step-grandchildren, Emily and Elle Stewart of Kahoka;

one brother, Edgar (Phyllis) Shoup of Hogansville, GA; sisters-in-law and brothers-in-law: Ozelma Shoup, Gene Ellison, Kay and Dean Hess, Bill and Carolyn Ellison, Mary and Larry Weber and Marty Ellison and Rita Haage all of Kahoka and Gus Cameron of Louisiana; as well as nieces and nephews and other relatives.

Johnny attended his school years in Williamstown until his senior year when his family moved to Kahoka. He graduated from Kahoka High School with the class of 1955 and served in the U. S. Army from 1957-1959.

Johnny was a farmer all of his life. He had been employed by the City of Kahoka until his retirement. The past 20 years he had farmed for the Bufords, part-time when working for the city and full-time following retirement. He had a very strong faith and was a member of the Knights of Columbus. He loved to farm and he loved fishing. He was well known for his cooking and barbecuing with Delbert Huckey and entertaining family and friends. He enjoyed nothing more than cooking for his family and sitting around visiting. His family were his greatest joy.

Funeral services were held Monday, October 24, 2011 at 10:30 a.m. at Wilson Funeral Home in Kahoka with Father Joseph Hoi officiating. Burial was in the Kahoka Cemetery with Military Rites by the Mo. Military Honors Team.

Visitation was held at Wilson Funeral Home after noon on Sunday with the Rosary being prayed at 5 p.m. by the Knights of Columbus followed by family receiving friends until 8 p.m.

To order memorial trees or send flowers to the family in memory of Johnny Shoup, please visit our flower store.