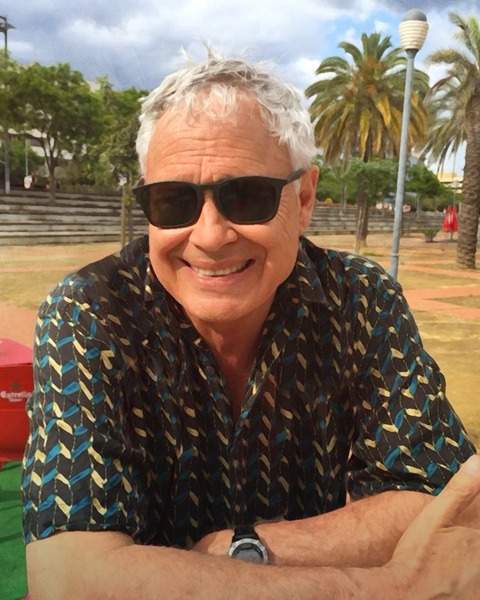 John Michael Moon passed away early in the morning on Friday, September 30, 2022, at Porter Adventist Hospital in Denver, Colo., while surrounded by his family. The cause was due to complications of West Nile Virus. He was 70 years old.

He leaves behind his wife, CJ, three children, and five grandchildren.

John was born on Sept. 24, 1952, in St. Louis, Mo., to Eston Leroy Moon and Mary Jean (Long) Moon. The family returned to Canton, Mo., in 1957 where John would spend his childhood alongside his younger brother Terry. John graduated from Canton High School in 1970. He was a lifelong athlete, spending summers swimming down the Mississippi River and playing basketball for the Canton Tigers.

In the fall of 1970, he started college at the University of Missouri where he’d meet friends Gil, Galen, Chuck and Steve on the fourth floor of Hatch Hall — the friends known as the “Swamp Turkeys” to each other. Upon their graduation, they would meet up several times a year to relive times at Rothwell, Middlebush Auditorium, Stankowski Field, Brady Commons, and most notably the Heidelberg. Most recently in the spring, John took his friends on a “taco crawl” around Denver. He graduated from the University of Missouri School of Law in 1978.

John was the youngest person in Missouri history to be elected judge, winning an election bid in 1978 at the age of 26 and taking the bench in 1979. He’d win reelection in the associate circuit court until his retirement 32 years later. Following retirement, he’d work as Clark County Prosecutor. As judge, John’s devotion was to justice and equity. He believed the law was concise — cut and dried, black and white, and simple. He also believed in rehabilitation, second chances, and grace.

John heard cases in 45 of Missouri’s counties and served as president, vice president and a board member of the Missouri Association of Probate and Associate Circuit Judges.

During his tenure, he was behind several community grants that would better Clark County and the lives of its residents. He initiated the Domestic Violence Grant, which allowed for a full-time coordinator to assist families and individuals in crisis, as well as a counselor to work with individuals; he was also behind the grant that would bring the first drug court to rural Missouri.

He started “Mornings with Moony” where he would assign teenagers convicted of speeding or minor drinking tickets to spend a morning before school with him once a week. The morning routine consisted of guest speakers, educational videos, and discussion over current events, discipline, or whatever interesting topic John thought of the day before. His daughters vividly remember friends begging them to get their dad to let them out of the weekly obligation. Early on, they learned their dad got too much enjoyment out of their punishment to surrender.

He was supportive of the community’s young people, and he made it a mission of his to help ensure access and equity in education and athletics.

John was behind the 21st Century Community Learning Center Grant that was funded through the Department of Elementary and Secondary Education. Luray qualified for the grant because a majority of students and families in the community were living at or below the poverty line.

Money awarded from the grant brought opportunities to low-income families that may not have had the opportunities to do what the grant provided. Among other things, students were able to learn in a state-of-the-art computer lab located in the district, go on multiple field trips, and guest speakers were invited to the school to speak to them.

John started the summer swim league in Kahoka in 1980, which he would later work to combine with a team in Canton to form what’s still known as Can-Oka swim team. He was also pivotal in re-instating cross country at CCR-1 in 2002. Since then, countless young people have joined the team, developed a love for running, received scholarships in the sport, or gained a lifelong hobby.

His passion for swimming and running could be attributed to the lack of equipment required by the sports, as well as the individual and team components of them. He believed regardless of means or talent, young people could be accepted and able to participate.

John married Susan Somerville Moon in 1985. They would have four children together; a son who died shortly after birth; daughters Kate and Audrey; and another son, Neal. His greatest joy in life were his children. That joy was only to be exceeded by their five grandchildren, Jovie, Granger, Mac, Addison and Kit.

He remarried to CJ Larkin in 2012 and the two moved to Denver, Colo.

There, he enjoyed life and his retirement spent traveling, cooking, hiking, going to the dog park with their two dogs, and meeting new friends. The week John became sick with West Nile, he’d bought paddle boards and had plans to take them out on a nearby waterway.

John is preceded in death by his parents, Eston and Jean Moon, as well as his infant son, William Eston Moon. He is survived by his wife CJ; his children Kate (Jordan) Moon-Raess and their children Jovie, Mac and Kit, all of Wheaton, Ill.; Audrey (Andrew) Moon-Wilt and their children Granger and Addison, all of Byron, Ill.; Neal (Kate) Moon of Detroit; his stepchildren Rachael Foshage of San Francisco; Ben (Kiran) Brotherton of St. Louis; former wife Susan Moon of Kahoka, Mo.; his brother Terry (Julie) Moon of Canton, Mo.; nieces, nephews, and friends from throughout his life.

A Memorial Service will be held at 10 a.m. Friday, December 9th at St. Paul United Church of Christ in Kahoka.  Rev. Daniel J. Moore will officiate. Interment will follow at the Bluff Springs Cemetery.  The Wilson & Triplett Funeral Home in Kahoka is assisting the family with the arrangements.   You are invited to share your memories of John and leave a condolence at www.wilsontriplett.com

His children are organizing a memorial fund in his name. Money from the fund will provide scholarship funds for youth athletes who may need financial assistance to purchase shoes or equipment. Donations can be sent to John’s daughter Kate, at 834 N. Summit St., Wheaton, IL 60187; or to her Venmo at @Kate-MoonRaess.

To order memorial trees or send flowers to the family in memory of John Michael Moon, please visit our flower store.