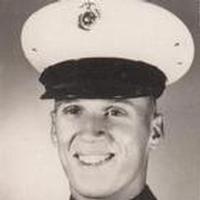 John V. Land, age 77, of Kahoka, formerly of Revere, MO, passed away early Wednesday, July 1, 2015 at the Clark Co. Nursing Home in Kahoka where he had been a resident the past week.

John was born August 28, 1937 in Keokuk, IA, a son of Jesse Edward and Sarah Beghtol Land.

He married Harriet Johnston and to this union Cyndi and Crystal were born. He later married Adelina Segovia and he was blessed with Anthony and Nadine "Dede" through this union.

He was preceded in death by his parents; one brother, Jesse Land; and, four sisters, Louise Phillips, Marian Shaner, Barbara Peterson and Dorothy Harwood.

John attended school in Keokuk. He served in the United States Marine Corps from June 23, 1955 until April 7, 1959. He was a proud supporter of the Wounded Warrior Project.

Following his return to the midwest, John was employed by Henkel and later by Dial Corporation from which he retired. He was a hard worker and enjoyed working all of the time. He loved to farm and plant garden. He was an expert bowler, having bowled at least one 300 game and winning many trophies. He had the distinction of beating Roy Rogers at a tournament in Las Vegas. He looked forward to spending time with his children and grandchildren.

Funeral services were held Tuesday, July 7, 2015 at 2 p.m. at Wilson Funeral Home in Kahoka with words of comfort by Mrs. Athena Duncan. Burial with military honors followed in the Revere Cemetery.

Friends called between the hours of 9 a.m. and 5 p.m. on Monday at Wilson Funeral Home and after 9 a.m. on Tuesday with family receiving friends from noon until time of services at 2 p.m.

To send a flower arrangement to the family of John V. Land , please click here to visit our Sympathy Store.

To order memorial trees or send flowers to the family in memory of John Land, please visit our flower store.