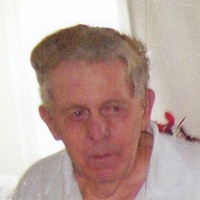 He was married to Lola Mae Chesnut of Tulsa, Oklahoma at Coweta, Oklahoma on April 25, 1954 and returned to Kahoka where he continued farming.

He was preceded in death by his parents; a sister, Catherine Bragg; and, three brothers-in-law: A.J. Anderson, Whit Bragg, and Henry Wolkey.

Calvin attended grade school at Clark City, graduated from Kahoka High School in 1946 and attended the University of Missouri for two years. He farmed the next two years until joining and serving in the U.S. Navy Seabees for two years. While in the Navy, he constructed housing for Navy and Marine pilots and crews, constructed underground bomb-proof jet fuel storage and built new and updated existing airstrips to handle larger aircraft. He also built warmup areas for new jet fighters being phased in. In addition, he crushed, washed, and sized beach gravel for making concrete; cleared vegetation (trees) and leveled areas for airport and building construction. Guantanamo Bay, Cuba,-Argentia, Newfoundland,-Port Huenemia, California,-Boot Camp Great Lakes, Chicago, IL.

While still farming, he served as President of the Clark County Farm Bureau for 4 years.

He served on the Soil Conservation Board for many years, and worked soil conservation, clearing land and building terraces and ponds.

His dedication to his faith and family was an integral part of his life.

Funeral services with military rites were held Thursday, May 23, 2019 at 10:30 a.m. at Wilson Funeral Home in Kahoka with his sons officiating. Burial followed in the Kahoka Cemetery.

Memorials are suggested to the Kahoka Presbyterian Church.

To send a flower arrangement to the family of John C. Hesse , please click here to visit our Sympathy Store.

Friends may call at Wilson Funeral Home after 5 p.m. on Wednesday, with family receiving friends 6-8 p.m.

Friends may call at Wilson Funeral Home after 5 p.m. on Wednesday, with family receiving friends 6-8 p.m.

To order memorial trees or send flowers to the family in memory of John Hesse, please visit our flower store.