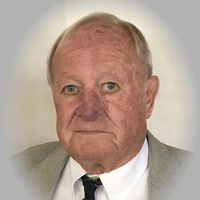 Jim was born on February 13, 1938 in Peoria, IL, a son of James Wayne and Thelma Baer Boyd. He was later adopted by Uncle Ulmont and Aunt Blanche Kaster Shaffer.

In addition to his wife, Carol (of almost 57 yrs), of Wyaconda, Jim is survived by his children Marc (Sarah) Shaffer of Austin, TX, Kim (Bruce) Letner of Lee’s Summit, MO; four grandchildren: Brianne and Brevin Letner of Lee’s Summit, MO and Dylan and Brooke Shaffer of Austin,TX; a sister, Barbara Newland of Lakeview, OH; brothers-in-law and sisters-in-law: Duane (Sandra) Ebeling of Wyaconda, Vickie Miller of Edina, and Linda (Don) Harvey of Arbela; as well as many nieces and nephews.

He was preceded in death by all of his parents; and a brother, Jerry Boyd.

Jim graduated with the Wyaconda Class of 1956 and attended Kirksville State Teacher’s College. He was a member of the U. S. Army Reserves.

Jim was a self-employed electrician, had a CB Radio business for several years and later was a Satellite Dish Dealer. He was the Mayor of Wyaconda from 1971-2002. He was passionate for his hometown and through his Mayorship worked to obtain a number of grants for betterment of the City.

Jim knew no strangers. In addition to the local venues he went to visit with friends frequently, he thoroughly enjoyed traveling with this wife, Carol, in their Motorhome to many new places where they met an abundance of new friends. He always had many stories and jokes to share with all. He enjoyed doing woodworking and making special pieces for friends and family.

Memorials are requested to the Wyaconda Rural Fire Department.

To send a flower arrangement to the family of Jim Shaffer , please click here to visit our Sympathy Store.

Friends may call at Wilson Funeral Home after Noon on Wednesday with family receiving friends from 6-8 p.m. with a public Masonic service beginning at 8 p.m.

Friends may call at Wilson Funeral Home after Noon on Wednesday with family receiving friends from 6-8 p.m. with a public Masonic service beginning at 8 p.m.

To order memorial trees or send flowers to the family in memory of Jim Shaffer, please visit our flower store.