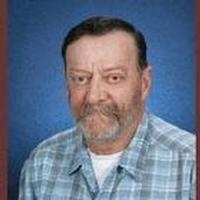 Jerry was born December 7, 1946 in Chico, CA, a son of John Bennett and Argyl Conklin Ostrander

He was preceded in death by his parents; his in-laws, Donald and Mabel Evermon Wolf; a granddaughter, Jordan Whatley; and one brother, Ben Ostrander.

Jerry graduated from Hamilton Union High School in Hamilton City, CA with the class of 1965. He spent the majority of his life as a professional bee keeper in the California area, branching out on his own as long as his health permitted. After raising their children and retiring, he and Nancy moved to Missouri to be near Nancy's large, extended family. Jerry loved living in the rural area and spending time with Nancy's family and on their farms.

Jerry and Nancy enjoyed crafting together and selling their wares at various venues and visiting with the many friends they made. He always thought of Clark County as home and had only exchanged one small town for another. He was interested in preservation of history and spent many hours with Rodney Harvey restoring old cemeteries in Clark County. He was also a member of the Friends of Athens.

Funeral services were held Friday, May 18, 2012 at 11 a.m. at Wilson Funeral Home in Kahoka with Pastor Rob Quillin officiating. Cremation followed with inurnment to be at a later date in the Kahoka Cemetery.

To order memorial trees or send flowers to the family in memory of Jerry Ostrander, please visit our flower store.