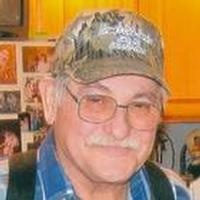 Jerry Dean Nelsen, age 77, of Kahoka, MO and Wasilla, AK passed away on June 9, 2015 at his home in Alaska.
He was born July 3, 1937, a son of Andrew P. and Marie Dorothea "Minnie" Hebner Nelsen.
Jerry was in the Navy from 1955-1958 as a Navy Sea Bee. He served two tours in the Antarctic, on operation Deep Freeze 7 and 11. During his time in the Navy he was fortunate to see New Zealand, Australia, Philippines, Hawaii, Puerto Rico, Cuba, Spain, Azores, French Morocco and Panama Canal.
Following his discharge from the Navy in 1958 he worked in Alaska driving trucks to build the Nike Sights, for national security at the time. After that he moved back to Missouri and worked for Reed VanBlack, driving trucks at the Bakers Quarry. Jerry then went to work for Lewis County Rural Electric Cooperative as a Lineman, where he retired after 29 years and 11 months in 1994.
After his retirement he moved to a log cabin in Houston, Alaska in 1994. While living in Houston he served as Deputy Mayor of the City of Houston, president of the Houston Fire Department Auxiliary and on the 911 Advisory for the Matanuska-Susitna Borough. He also served on the board of Mid-Valley Seniors, Inc. and Houston Housing. When he wasn't working he enjoyed riding his snow machine and enjoying Alaska's scenery until his knees and back problems stopped him. He lived there till 2004 when he moved to just outside of Wasilla, Alaska where he was living at his death.
He is survived by Mavis Herring Nelsen, his wife of 57 years. His three children and their spouses, Charles (Connie) Nelsen, of Kahoka, MO, Yvonne (Emory) Davenport, of Wayland, MO and Joanne (Charles) Collier of Florence, MT; also Chuck (Loretta) Johnston of Revere, MO who was just like a son. He has seven grandchildren and their spouses, David Norton, Nichole (Casey) Hall, Cody (Haley) Nelsen, Jessica (Nicholas) Farmer, Jeremy Harper, Trista (Jeremy) Sayre, Christopher Harper and 10 great grandchildren. Sister-in-law Paula (Kevin) Fox, of Canton; nieces Amanda (Colin) McCreedy and son, Dawn Shira with special friend Forest and nephew Mark Herring.
He was preceded in death by his parents Andrew (Iva) Nelsen and Minnie (Sam) DeBourge. His in-laws Eldred Herring and Estelle Herring; and brother and sister-in-law Dallas and Corky Herring.
He was a devoted and loving husband, father, papa and grandpa. He leaves a large hole yet a wonderful legacy for his family.
Funeral services were held Monday, June 15, 2015 at 10 a.m. at Wilson Funeral Home in Kahoka with words of comfort by Mr. Kevin Fox. Burial with full military rites followed in the St. Paul Cemetery in Kahoka. Honorary pallbearers were: Chuck Johnston, Gary Plenge, Emory Davenport, Jason Loughead, Steve Smith, Nicholas Farmer and Jeremy Harper. Pallbearers were: Jeremy Sayer, Cody Nelsen, Casey Hall, Chuck Collier, David Norton and Christopher Harper.
Friends called at Wilson Funeral Home after 11 a.m. Sunday with family receiving friends from 4-7 p.m.
Memorials are requested to either the Bethlehem, St. Paul or Kahoka Cemeteries.

To send a flower arrangement to the family of Jerry D. Nelsen , please click here to visit our Sympathy Store.

To order memorial trees or send flowers to the family in memory of Jerry Nelsen, please visit our flower store.