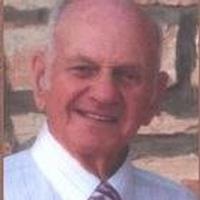 Jerry was born December 28, 1933 in Bloomfield, IA, a son of Clifford and Zella Modrell Brunk.

He graduated from Burlington High School and then worked various jobs in the area where he met his future wife who was employed by Sheaffer Pen in Fort Madison. They became engaged when he entered the Army.

On January 8, 1955, he was united in marriage to Irene E. Muhrer in the St. Paul United Church of Christ in Kahoka. They lived their lives devoted to each other, their family, church and community.

Survivors include his wife, Irene, of Kahoka; his children: Janis Wallingford and special friend, Charlie Bates of Keokuk, Gayla and Kent Nixon of Kahoka, Tamra Dochterman of Quincy and her special friend, Jim Waples of Kahoka, and Terry L. Brunk of Kahoka; eight grandchildren: Jason and Linda Wallingford of Maywood, Tisha and Troy Patterson of Monroe City, Kendra and Joseph Nichols of Burlington, Kale and Katrina Nixon of Kahoka, Ryan and Kim Dochterman of Canton, Erica and Shane Durnil of Columbia, Lane Dochterman of Harington, KS, and Shaina Dochterman of Kirksville; nine great-grandchildren: Jase and Jakeb Wallingford, Bo Patterson, Koy, Kayne, and Kennyck Nixon, Wesley Dochterman and McKenna and Landen Durnil; four siblings: Arnold Brunk of Kahoka, Larry and Sandy Brunk of Burlington, Rosemary and Jim Moore of Clinton, MO and Steven and Beverly Brunk of Danville; sisters-in-law: Lucille Brunk and Rovene Meinhardt and her husband, Deane, all of Kahoka; as well as nieces, nephews, other relatives and many friends.

He was preceded in death by his parents; his in-laws, Orlanda and Edna Muhrer; a brother, Ronald Brunk and his wife, Donna; sister-in-law Jean Brunk; and, two nephews, Ronnie and Kerry Moore.

able to join the family farming south of Kahoka and during that time held various jobs including serving as Clark Co. Assessor for two terms.

He was an active and faithful member of St. Paul United Church of Christ in Kahoka, always willing to offer a hand and he and Irene ministered by visiting those in the hospital and nursing home every Sunday when able. He was a charter member of the Kahoka Lions Club, receiving many honors within that organization. He enjoyed fishing, hunting, mushroom hunting, bowling, playing cards, growing a big garden and sharing its' abundance with others. He enjoyed a good game of golf with good friend, Melvin Hunziker, and collecting nuts with his brother, Arnold. He was an avid Clark County, Mizzou, Cardinal and Rams sports fan. More than anything, he and Irene loved being with their family and attending as many of their grandchildren and great-grandchildren's sporting events as time and health allowed.

Memorials in lieu of flowers are suggested to the St. Paul United Church of Christ or the American Heart Association.

To order memorial trees or send flowers to the family in memory of Jerry Brunk, please visit our flower store.