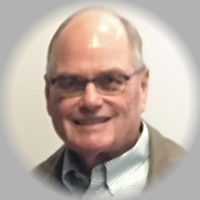 Jerome M. "Jerry" Neyens was born in Keokuk, IA on February 1, 1944, the son of John J. and Bertha Hoenig Neyens. Jerry had been diagnosed with pancreatic cancer 54 days prior to his passing on Thursday, May 9, 2019.

Jerry attended Catholic schools in Keokuk through his graduation from Cardinal Stritch High School in 1962. His discipline and work ethic developed at a young age as he earned his Boy Scout God and Country Award by serving 100 masses in one year, most of which were early morning before school. In addition, he delivered newspapers before school for many years.

He earned a B.S. degree from what is now Truman State University in Kirksville, MO, in 1967, majoring in business.

Following college, he entered the U.S. Army and served during the Vietnam War stationed in Long Binh. He was a proud veteran and had been honored by completing an Honor Flight in 2016 with John as his guardian.

He had worked in Peoria before returning to Keokuk in 1977 where he was employed by Griffin Wheel Company as assistant plant controller for 23 years until his retirement in 2000. He and Barb thoroughly enjoyed their retirement years together and had such a good time with their children and grandchildren and were always ready to attend their events and be a part of their lives.

He and Barb met on a blind date arranged by a mutual friend. It was a match!! They were married in St. Mary’s Church in Keokuk on August 4, 1979. Their marriage was founded on love, faith, mutual respect, and a good sense of humor, and they were so happy together. One completed the other.

When Barb and Jerry married, he became a father to Kari, and then Erin and John completed their family. Jerry was a very proud dad who loved his children beyond measure. Caring and providing for his family was always his first priority. He was always ready to spend time with them, and life was good!

Jerry valued giving back to the community and served nine years on the Clark County Board of Education during which time a new high school and middle school were built. In addition, he served as a Clark County Commissioner during the construction of a new court house. He was also currently serving on the Kahoka Housing Corporation board.

Jerry’s Catholic faith was important to him his entire life, and he was active in St. Michael’s Catholic Church having served in many capacities, including currently being finance chairman.

Jerry and Barb’s faith in God sustained them in good times and in bad, including Jerry’s heroic battle with cancer.

Jerry is survived by his wife, Barb; his children, Kari (Mike) Bevans of Kahoka, MO; Erin (Collin) McCarty of Columbia, MO; and John (Shawn) Neyens of Columbia, MO. Jerry was the proud Grandpa to Grant and Garrett Bevans; Maddoch and Malley McCarty; and Ava, Lily and Johnathon Neyens.

Other survivors include Marilyn (Don) Sohl, his sister of Las Vegas, NV; and his brothers, Vince Neyens of Peoria, IL; and Ken (Pat) Neyens of Fairfield Glade, TN. Barb’s sister, Marsha Jo (Dan) Springer of Fayetteville, GA and many nieces, nephews, cousins, and a host of friends also survive.

He was preceded in death by his parents and Barb’s parents, Ernest and Helen Beaird of Revere, MO.

Jerry had a dry wit and good sense of humor and enjoyed talking and visiting with everyone he met. He and Barb always enjoyed having guests in their home and treasured the laughter and fun they shared with many friends over his lifetime. He enjoyed life to the fullest and will be missed beyond measure by all who knew him.

A Mass of Christian Burial was held Monday, May 13, 2019 at 10 a.m. at St. Michael's Catholic Church in Kahoka with Concelebrants Fr. Rob Fields, Msgr. Robert Kurwicki, and Fr. James Wheeler.

Burial and military rites followed in the Revere Cemetery followed by a luncheon at the Peaksville Christian Church.

Memorials are suggested to be made in Jerry's honor to the Clark Co. R-1 School District (to be determined).

To send a flower arrangement to the family of Jerome M. "Jerry" Neyens , please click here to visit our Sympathy Store.

To order memorial trees or send flowers to the family in memory of Jerome Neyens, please visit our flower store.