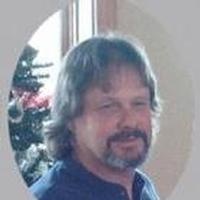 He married Cindy Schreck and they were the parents of two daughters, Danielle and Beth.

On November 23, 2007, he and his high school sweetheart, Shirley Jinkens Doyle, were united in marriage in St. Louis.

Jeff was a 1973 graduate of Clark Co. R-1 High School in Kahoka. Jeff loved being outdoors. He loved camping, fishing, hunting and had started his own landscape business just to spend more time in nature. He was a jack of all trades and could use his hands to do anything. He was an excellent carpenter, following in his grandfather Jacobs' footsteps. He was also an excellent mechanic. He used all of these qualities in his adventures through life which eventually led to his retirement on a lake in Crane Hill. He was passionate about his children and grandchildren. He loved being retired and spending time with his wife and family.

Memorial services were held Sunday, March 11, 2012, at 1:00 P.M. at St. Paul United Church of Christ in Kahoka, MO with Pastor Marie Paterik officiating. A memorial will be established.

To order memorial trees or send flowers to the family in memory of Jeffrey Otte, please visit our flower store.