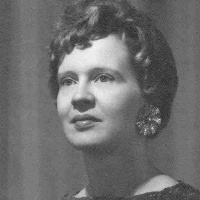 Jan was born July 8, 1937 in Clark County, MO, near Williamstown, a daughter of Ellis and Florence Fridenstein Brown.

She was united in marriage to George Wayne Wagner on February 18, 1955 at Central Baptist Church in Quincy, IL.

She was preceded in death by her parents; one son, David Leon Wagner; two siblings, Donna Simmons and Guy Gordon; and a sister-in-law, Ardyth Louise Roth.

Jan was a military wife, traveling the world with her sailor for nearly sixteen years. Following Wayne’s retirement, they returned to Clark County to their home in Luray until 2005 when they moved to Kahoka. In 2016 they moved to Sonnybrook Assisted Living in Fort Madison. Following a stroke in June Jan and Wayne moved to Arkansas to be with their son, Ralph, and his wife Shelly. This past week they returned home where she resided in the Clark Co. Nursing Home and Wayne in the R.C.F.

From 1975-2011 Jan drove the OATS bus for Clark County. She cared for her passengers and made many close friends during this time. She especially enjoyed taking the seniors to St. Louis Cardinal’s baseball games and Branson to country music shows. She was a member of the Show Me F.C.E. club and a member of the Daughters of American Revolution since April 5, 2015.

Jan was a very active member of the First Baptist Church in Kahoka where she taught Sunday school for a number of years. Jan was involved in Vacation Bible School, the Clown Ministry, and the AWANA’s since it’s inception. In her free time, she enjoyed traveling with Wayne and seeing his Navy buddies throughout the United States.

Funeral services were held Saturday, December 30, 2017 at 11 a.m. at the First Baptist Church in Kahoka with Rev. Gary Payne officiating. Music was provided by Mia Hargrove, pianist, and Evonne Adams, vocalist singing "His Eye Is On The Sparrow". The congregation also sang "Precious Lord, Take My Hand". Lunch followed with private burial in the Combs Cemetery at Luray. Pallbearers were family members.

Memorials are suggested to the First Baptist Church of Kahoka.

To send a flower arrangement to the family of Jeannette F. Wagner , please click here to visit our Sympathy Store.

To order memorial trees or send flowers to the family in memory of Jeannette Wagner, please visit our flower store.