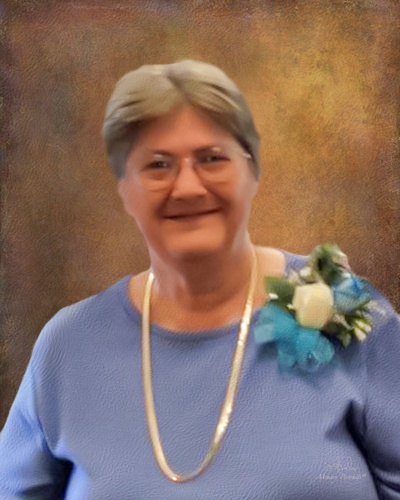 Jeanette was born on March 11, 1952, in Keokuk, IA, the daughter of the late Joseph and Ava (Barwick) Young.

She was united in marriage to Wayne Zinnert on June 27, 1971, at the St. Paul Church in Kahoka. He survives.

Jeanette was a kind soul and never knew a stranger, loving children that weren’t hers made her have more than two daughters over the years, and she liked it that way. She attended church with her husband Wayne at the Kahoka Christian Church. Her enjoyment came from her grandchildren’s company, playing cards, knitting, also things like going out to eat to socialize. Jeanette was known for planning last minute suppers and inviting her children and grandchildren to come eat. She will be greatly missed.

She was preceded in death by her parents, one brother, Joseph Young, one sister, Wanda Davis, three brother-in-laws; Lyle Davis, Ernie Morris, Dennis York and her father-in-law, Robert Zinnert.

Funeral services were held Friday, August 20, at 11 A.M. at the Kahoka Christian Church. A visitation was held from 10 A.M. until the time of services Friday. Burial followed in the St. Paul Cemetery. Pastor Rick Addison officiated the service.

Memorial contributions in Jeanette’s name were suggested to the Family with checks payable to Roberta Webster and may be sent to the Wilson and Triplett Funeral Home. You are invited to share your memories of Jeanette and leave a condolence at www.wilsontriplett.com

To order memorial trees or send flowers to the family in memory of Jeanette Zinnert, please visit our flower store.