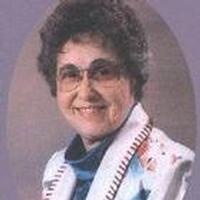 She was previously married to Clair Stivers and they were the parents of Donald, Dianna, Debbie, Sandra, and Lori. On September 29, 1990, she married William "Bill" Druck.

She was preceded in death by her parents; a daughter, Sandra; and a brother, Frank, in infancy.

Janet lived most of her life in Illinois. She was a prior employee of the McDonough District Hospital in Macomb and retired from the Scotland Co. Care Center in Memphis. Jan was very gifted at crafts and an amazing seamstress. She created her own ideas, her own patterns, and could make anything. In earlier years, she loved to square dance and had belonged to three different square dance clubs. She enjoyed nature, taking care of flowers, camping, and sightseeing around the countryside. Her love encompassed her entire extended family and was an example to all of them. She was a blessing to all that knew her.

Memorial services were held Tuesday, January 19, 2010 at 11 a.m. at Wilson Funeral Home with Rev. Ernest Deatrick officiating. Inurnment will be at a later date in the New Woodville Cemetery.

Memorials were suggested to Hospice of Northeast Missouri at Kirksville or the Scotland Co. Care Center.

To order memorial trees or send flowers to the family in memory of Janet Druck, please visit our flower store.