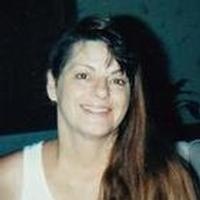 She was married to Harold Phillips and they were the parents of two children, Michael and Kevin. Following his death, she was united in marriage to Jesse Lee Job on June 24, 1967 at the Baptist Church in Canton, MO. He preceded her in death on December 2, 2010.

She was preceded in death by her parents; her husbands, Harold Phillips and Jesse Job; a daughter, Lesa Job; three sisters, Georgette Vantress, Sandy Simmons and Judy East; and, grandson, David Anthony Wheeler.

Janie received her education in LaGrange, MO. She was a former waitress at the former Missouri Territory in Wayland and was a member of the Church of New Beginnings in Keokuk.

She enjoyed gardening, doing crafts, drawing, flower arranging, caring for her home and attending garage sales. She was very organized and particular in keeping her home clean for her family. Her main priority in life was her family. She loved her duties as housewife and mother and caring for her children and grandchildren. She was often found on the floor playing games with the kids or outdoors rather than spending time with the adults. She loved to hold Easter Egg hunts for her family, sing and dance and be silly. Her enthusiasm for horse decor was introduced by her caretaker, Kathy. Her pets were also especially dear to her.


Memorials may be made to Northeast Missouri Hospice or St. Jude's Children's Hospital.

To send a flower arrangement to the family of Jane Job , please click here to visit our Sympathy Store.

To order memorial trees or send flowers to the family in memory of Jane Job, please visit our flower store.