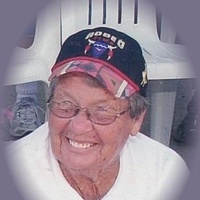 She married her sweetheart, Robert "Bobby" Clifton, on March 3, 1961 in Lathrop, MO. They had first met in grade school.

She was preceded in death by a son, Robert James Clifton; her parents; her in-laws, Robert and Phyllis Clifton; her brother and sister-in-law, John and Karen Hauptmann; and a brother-in-law, Kenneth Clifton.

Jane Ann graduated from Wyaconda High School in 1959. She was a member of the Wyaconda Christian Church, Trailblazer’s Saddle Club, and Royal Neighbors of America.

She and Robert worked as a team farming and raising livestock. She loved horses and working with them. She also enjoyed growing roses and other flowers and tending to a large garden. Jane was especially fond of attending the Clark Co. Mule Festival each year. She was very content with her life and was rarely seen without Robert and John David by her side.

Memorials are suggested to the Fairmont Cemetery.

To send a flower arrangement to the family of Jane Ann Clifton , please click here to visit our Sympathy Store.

Friends may call at Wilson Funeral Home after 10 a.m. on Tuesday with family receiving friends from 6-8 p.m.

Friends may call at Wilson Funeral Home after 10 a.m. on Tuesday with family receiving friends from 6-8 p.m.

To order memorial trees or send flowers to the family in memory of Jane Clifton, please visit our flower store.