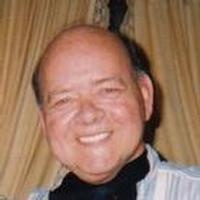 He was married and later divorced. On November 7, 2003 he married Pam Kelly Frederick.

He was preceded in death by his parents and a brother, Russell.

Jim graduated from high school in Cape Girardeau and from SEMO with a B. S. in Business Administration. Early in his career he was a technician and marketing director for a large dental firm in Oklahoma City. Locally, he owned a radio station in Charleston, IL. In 1998 he joined KOKX as it's general manager and engineering project director for KOKX AM and FM and expanded it's capacity to KRNQ and WCEZ. From 2004 to 2006 he was a managing partner of 3140, LLC and from 2007-2009 was a patient consultant for Atos Medical, Inc. From 2008 to 2010, he was Midwest sales manager for Link Electronics, Inc. From 2010 to present, he has been associated with Francis Ministries " Lightning Strykes" and helped produce television programs which air twice weekly on WTJR in Quincy.

Jim was raised in the Christian Science faith and was an active participant of Marantha House of Worship. He spent his time in Christian Counseling, was active in Christ Vision, and in sharing his faith with others. In his free time, he was an avid St. Louis Cardinal Fan.

Cremation followed the service with inurnment at a later date in Frazee Cemetery.

Friends called at Wilson Funeral Home in Kahoka after 9 a.m. Tuesday with family receiving friends from 10 a.m. until time of service at 11.

Memorials are suggested to Pam Withers.

To send a flower arrangement to the family of James Withers , please click here to visit our Sympathy Store.

To order memorial trees or send flowers to the family in memory of James Withers, please visit our flower store.