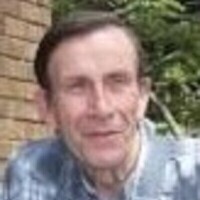 He was united in marriage to Teresa Jones and to this union one son, James Winston Bogener, was born. He later married Nancy Szymanski.

Survivors include his wife, Nancy, of the home; one son, Dr. James Winston Bogener, M.D., his wife, Megan, and their four children of Kansas City, MO; one brother, John A. Bogener and his wife, Connie, of St. Charles, MO; as well as other relatives.

James attended Kahoka High School, Culver Stockton College and then the University of MO at St. Louis (UMSL). He was a US Army Veteran where he was a foreman and repairman of steam locomotives.

Until his retirement, he was an engineer for the Santa Fe Railroad. Following his retirement he worked at Walmart in St. Charles. He returned to Kahoka in 2008 and worked briefly at Ayerco.

James was of the Methodist Faith and a former Boy Scout. He was a member of St. Francisville Lodge #588, A.F. & A.M., and of the Southeast Iowa Antique Car Club. He was active in the Midwest Old Threshers and in the Historical Society in Kahoka. He was very interested in and spent many hours researching ancestry.

He was laid to rest with his family.

Memorials may be made to Nancy Bogener c/o Wilson Funeral Home.

To send a flower arrangement to the family of James E. Bogener , please click here to visit our Sympathy Store.

To order memorial trees or send flowers to the family in memory of James Bogener, please visit our flower store.