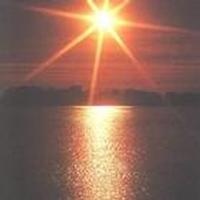 Hugh G. Inman, age 69, formerly of Keokuk, IA, passed away peacefully early Wednesday, December 12, 2012 in the Clark Co. Nursing Home in Kahoka where he had been a resident the past 10 years.

Hugh was born June 3, 1943, in Keokuk, IA, a son of Joseph and Kay Dunn Inman and was raised by his mother and step-father, Hugh Schwartz.

He was preceded in death by his father and mother; his step-father; two brothers, Joe and Harvey Inman and a sister, Rita Mann.

Hugh was a former fabricator at Thomas Truck in Keokuk and had worked several years on a tow barge. He enjoyed the change of scenery and traveling around the country.

Cremation rites have been accorded and there will be no visitation.

Memorials may be made to his family in care of Wilson Funeral Home.

To send a flower arrangement to the family of Hugh G. Inman , please click here to visit our Sympathy Store.

To order memorial trees or send flowers to the family in memory of Hugh Inman, please visit our flower store.