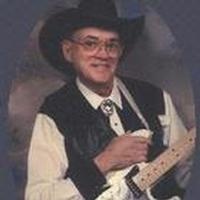 He was born April 18, 1929, at Argyle, IA, the son of Glady Emery and Floy Robertson Jones Sawyer.

He married Mary Thomas and they were the parents of Tom and John. On October 6, 1973, he married schoolmate, Marie Schulte Cook, in Revere. She preceded him in death on December 2, 2003.

Survivors include his sons, John Sawyer and his wife, Lois, of Balingup, Australia and Tom Sawyer of Centennial, CO; a step-son, James Cook and his wife, Cindy, of Kahoka, MO; three step-daughters: Dixie Laymon and her husband, Richard, of Warrenton, MO, Patricia Eddleman of Lehigh Acres, FL, and Kathy Coppler and her husband, Bruce, of Alexandria, MO;

He was preceded in death by his parents and wife, Marie.

Howard graduated from Revere High School and then entered the military. He was career military for 20 years and at retirement was an instructor at Lowry Air Force Base in Denver, CO. Other bases served included Biloxi, MS and Anchorage, AK. He worked various occupations following his discharge, in the meantime returning to Missouri, settling in Revere and later Kahoka.

Music was Howard's passion. He was a well-known musician and played for many benefits, dances, and nursing homes for the past 30 plus years. He was a standard fixture at the Country Comes Home annual program. He also enjoyed listening to music and attending the local Blue Grass festival. His family and friends were very important to him and he loved spending time with them.

To order memorial trees or send flowers to the family in memory of Howard Sawyer, please visit our flower store.