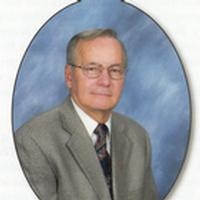 Herb was born September 5, 1937 at Fort Madison, IA, a son of Rueben and Mary Sly Doty.

He married Willa L. Gardner on March 30, 1963 in Kahoka. They had met while she was living in Fort Madison, employed by Sheaffer Pen.

He was preceded in death by his parents; his in-laws, Richard and Alberta Parsons Gardner; one son, Rob Doty; a grandson, Brandon Doty; a brother, Arthur Doty; and brothers-in-law and sister-in-law: Donnie and Bill Gardner,Sharon Bergman, Mike Shaw, and Lloyd Border.

Herb graduated from Fort Madison High School where he played baseball, football and ran track in which he held a long-standing record. He attended college in Fairfield on a football scholarship until he received a knee injury.

He retired from DuPont in Fort Madison and later worked several jobs including Heatilator and as a security guard for Pinkerton.

Herb grew up playing sports and worked on instilling that love in his five young sons. He would often take them outside for a game of football, regardless of the weather. He loved playing and he enjoyed watching sports. When the kids were young, he and Willa would take them camping at different sites in the area and always loved that time spent with them. He loved his boys who all had a talent for singing and would entertain at church and other events together. He loved to go berry picking and mushroom hunting. Herb was an avid card player all of his life and really enjoyed playing with his grandchildren. Family and faith were the most important things in his life.

Friends called at Wilson Funeral Home in Kahoka after noon on Sunday with family receiving friends from 6-8 p.m.

To order memorial trees or send flowers to the family in memory of Herb Doty, please visit our flower store.