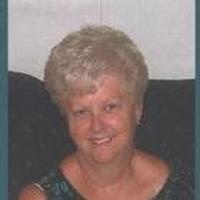 Hazel was born April 9, 1945 near Williamstown, MO, a daughter of Lloyd and Carmelita Suter Nichols.

She attended Wyaconda High School where she was active in cheerleading and various sports throughout her school years.

She was preceded in death by her parents; her husband; an infant brother, Kenneth Eugene Nichols; in-laws: Asa and Lula Pearl Campbell Morehouse; and brothers-in-law: Edwin Lyon, Floyd and Edwin Morehouse and Everett Mohr; and a niece: Tina Morehouse Thomas.

Hazel was baptized into the membership of the Wyaconda Christian Church in 1954 and later attended the First Baptist Church in Wayland. She went to work in June of 1977 for Sheller Globe in Keokuk, retiring from BTR in 2008 where she was a member of the URW, Local 144.

Hazel loved to tend to her flowers, look for new recipes and try them out on her family, and travel with Pooch, especially to Branson. She loved attending any and all of her grandchildren's sporting and fine arts activities. She was their biggest fan. She was also an avid Cardinal baseball fan.

Visitation was held after 10 a.m. Monday with family receiving friends from 1:30 p.m. until time of services.

To order memorial trees or send flowers to the family in memory of Hazel Morehouse, please visit our flower store.