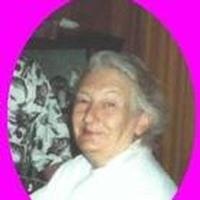 Hazel was born November 24, 1935, at Luray, MO, a daughter of Edward and Maude Hoffeditz McWhorter.

She was a life-long Clark County resident, graduating from Revere High School. Hazel was of the Catholic faith and lived her life according to her strong faith in God.

Hazel was a woman of many talents. She was a musician, a writer, and a history buff but her main talent was her artwork. She was an accomplished crafter and painter. She did various forms of art for many people, including the artwork in the window displays for Joanne Ragan at her historical museum in downtown Kahoka.

In earlier years she had cared for many children in Kahoka. Her real passion was caring for animals of all kinds, particularly cats. She leaves behind four "kiddies", Wickey, Hollie, Katrina and Bunny, all of the home.

At her request, cremation rites have been accorded. Memorial graveside services were held Saturday, July 10, 2010 at 11 a.m. in the Kahoka Cemetery with Father Paul M. Hartley officiating.

Memorials were suggested to P.A.W.S. of Fort Madison.

To order memorial trees or send flowers to the family in memory of Hazel McWhorter, please visit our flower store.