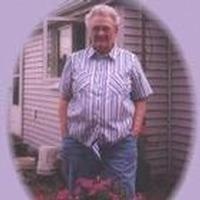 Harriet was born May 16, 1920 in Keokuk, one of two daughters of Frank and Myrtle Stopper Whitehead.

Harriet attended Grinnell (Iowa) College and business college in St. Louis. She went to work as a bookkeeper for a construction firm in St. Louis and it was during that time that she met Robert C. Schutte. They were married July 20, 1942, in San Luis Obispo, CA while he was serving in the Army. She returned to Missouri when he was shipped overseas in 1944.

Crittendon and Kennedy and Jensen Smith; a sister, Janett VanderMaas of Muscatine, IA; as well as other relatives.

She was preceded in death by her parents and her husband.

Harriet was a farm wife and mother all of her married life and also kept the books for Austin Diehl and his mechanic and auto repair shop in Kahoka. She was a volunteer many years for the American Cancer Society and the American Heart Association. She enjoyed her daily cups of coffee and tea with the "White Car Widow Society" and loved visiting with her friends there. She was known to take in whatever stray needed a home including a ground hog, skunks, and whatever the kids might drag home that needed extra care. She was an excellent cook who was known for her special noodles and potato salad. Family dinners were very special to her as they were a time to gather with family and enjoy the fellowship and love they shared. She also enjoyed refinishing furniture, gardening, caring for her yard and getting on her John Deere mower running over the occasional basketball and garden hose that might be in the way.

Memorials are requested to the Clark Co. Youth Fund or the Keokuk Area Hospital Serenity Room.

To order memorial trees or send flowers to the family in memory of Harriet Schutte, please visit our flower store.