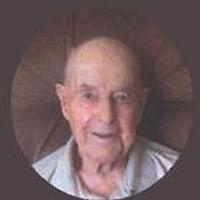 Harold was born March 22, 1917, at Wayland, a son of Adrian L. and Mary Montgomery Spurgeon.

On May 25, 1940, he was united in marriage to his high school sweetheart, Mildred E. Linder, at the Baptist Church in Hannibal. They had been married sixty-nine years at her death on July 3, 2009.

He was preceded in death by his parents; his wife, Mildred; a sister, Valetta Samuels; and, an infant brother.

Harold graduated from Wayland High School. He was a life-long farmer and was able to do so actively into his 80's. In the 1940's and early 1950's he and Mildred operated a store on the corner of downtown Wayland. Later in life, they attended glass and antique shows, buying and selling items. As a gunsmith, he was always on the lookout for a gun to purchase, repair and resell. He had a genuine concern for family and friends and enjoyed time spent with them.

Memorials are suggested to the Clark Co. Food Pantry.

To order memorial trees or send flowers to the family in memory of Harold Spurgeon, please visit our flower store.