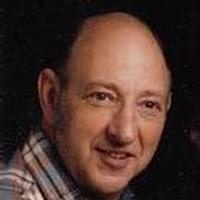 He was born January 8, 1937 in Salem, IA, a son of Frank and Katherine Kildew Noble.

He had three sons, Craig, Billie and Gary Noble from a previous marriage and later married Dorothy Jefferson who preceded him in death.

He was preceded in death by his parents and sister, Barbara.

Harold graduated from High Park High School in Highland Park, IL, he was employed in maintenance for over 30 years, working first for Highland Park Hospital and retiring from Lake Forest Hospital. Following his retirement he volunteered as a crossing guard.

He was a huge Nascar fan, bowled many years including on the Highland Park Hospital team. He and Dorothy loved to camp and belonged to several camping clubs, and was a great fan of bluegrass music. He had been a Boy Scout Leader when his sons were involved in scouts. He loved his dogs and thought of them as family.

Funeral services were held Tuesday, January 8, 2013 at 10 a.m. at Wilson Funeral Home in Kahoka with Pastor Jay Zetterlund officiating. Burial was in the Deer Ridge Cemetery at LaBelle, MO.

To send a flower arrangement to the family of Harold Gene Noble , please click here to visit our Sympathy Store.

To order memorial trees or send flowers to the family in memory of Harold Noble, please visit our flower store.