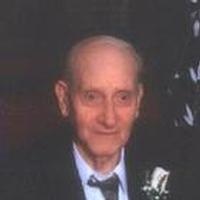 He married Ruby Maxine Sleight on July 22, 1944 at Keokuk. He was drafted into the U.S. Navy shortly thereafter and served two years, participating in three major battles. He was at Iwo Jima when the flag was raised and the photo taken that is still famous today. He felt very privileged to have been there at that time.

He was preceded in death by his parents and a brother, Robert Hough.

Following his discharge, he returned to Keokuk and early in their marriage worked on every aspect of the construction of Keokuk Lock and Dam #19. He loved to fish and ran a commercial fishing business on the Mississippi River. It was in 1960 that he went into the ministry and moved to Kahoka to serve as Pastor to the Trinity Faith Chapel. He and Ruby pastored there the next ten years and were called into the mission field, moving to Texas. For 10 years they ministered in Mexico and Belize. They dearly loved their mission work, but longed to be near their growing number of grandchildren and great grandchildren. He doted on each of them and was very proud of his family. His greatest success was raising each of them to fear the Lord, many who are now serving in some form of ministry.

A graveside service with full military rites was held Wednesday, March 16, 2011, at 11 a.m. at the Keokuk National Cemetery with Rev. DeWayne DeBrouse officiating.

Memorials in lieu of flowers are suggested to the Trinity Faith Worship Center in Kahoka.

To order memorial trees or send flowers to the family in memory of Harold Hough, please visit our flower store.